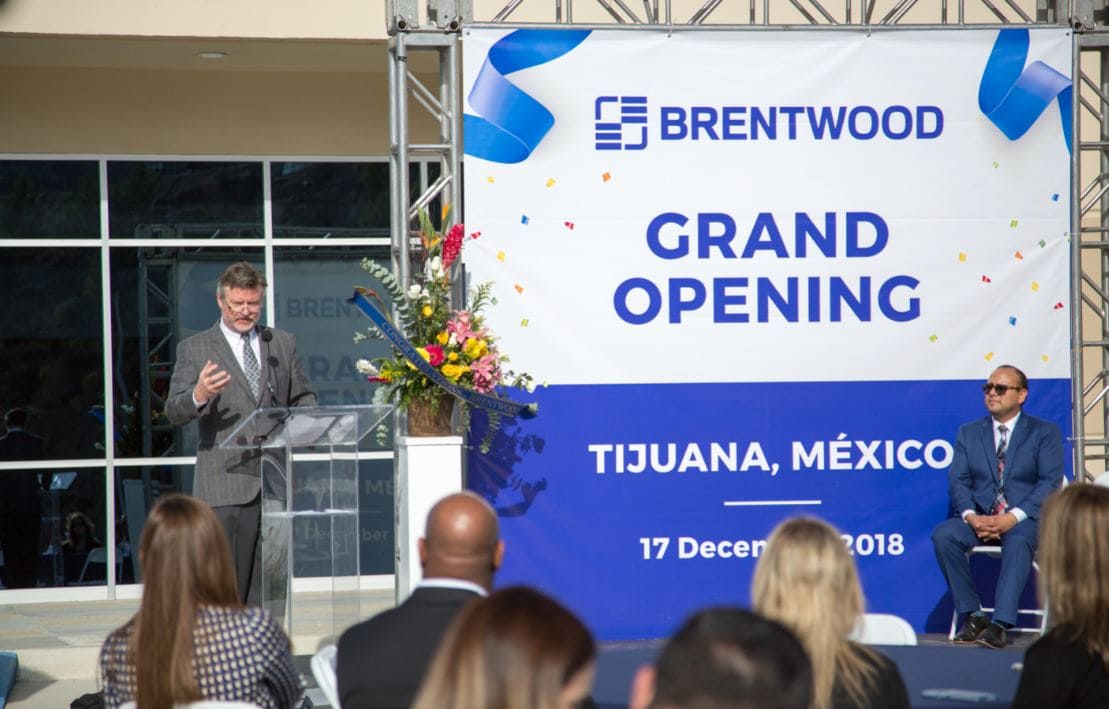 Brentwood is proud to have a facility in Tijuana with a talented local team. Banta commented on the success of the operation thus far stating, “Our US and Mexican teams launched Brentwood’s most advanced and sustainable production environment to date. The cross-functional and cross-cultural collaboration that led to this point is an example of who we strive to be as an organization.”

The future of Brentwood Mexico is bright with expansion plans already underway to add another production line in January 2019, just eight months after operational launch.