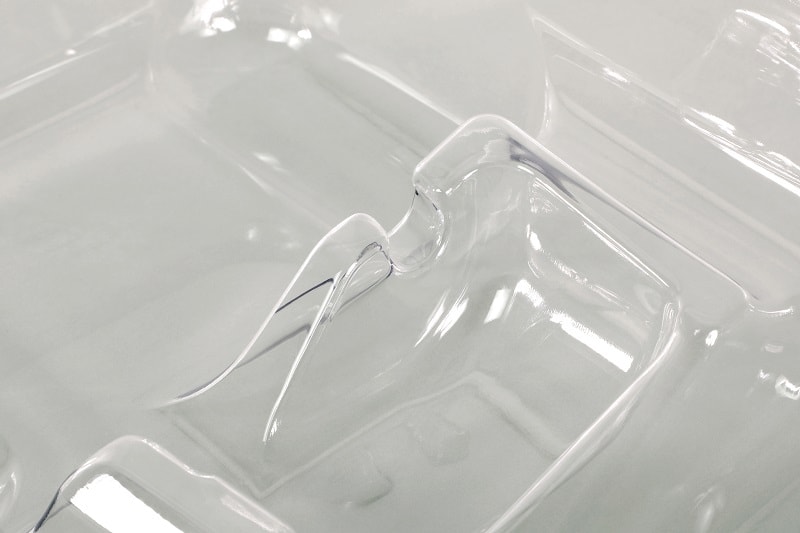 A customer came to Brentwood for updated packaging for their heart bypass machine kit. The original tray had numerous issues, which resulted in very high manufacturing and labor costs. The customer wanted a better packaging design that lowered costs. Our engineers got to work to solve the main design issues to meet the customer’s goal.

The first issue was poor stacking lugs, which would cause the trays to nest together tightly during transit to the customer’s facility. Once the trays arrived at the facility, it would take two or more operators to pull the trays apart. This issue not only took up valuable labor time, but it resulted in trays cracking and breaking.

A poorly formed snap feature was the second issue we had to solve. The snap features original geometries did not translate well when formed on the machine. This issue caused operators to use excessive force to snap in the pump, which caused the corners of the tray to crack and the snap feature to crush. Eventually, this faulty snap feature led to the operators laying the pump in the tray without snapping it.

The final issue was cracking and crushing throughout the bottom of the tray. The bottom corners of the tray were very brittle due to inconsistent material and forming. When the operator would use force to insert the pump, the tray’s corners would crush, causing cracking. If the corners were not crushed by the operator, they would crack during shipping. This cracking caused the sterile barrier to be compromised, thus increasing the scrap rate. 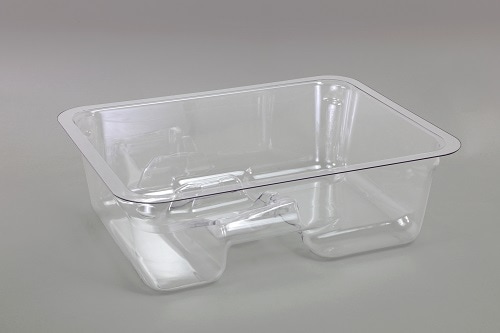 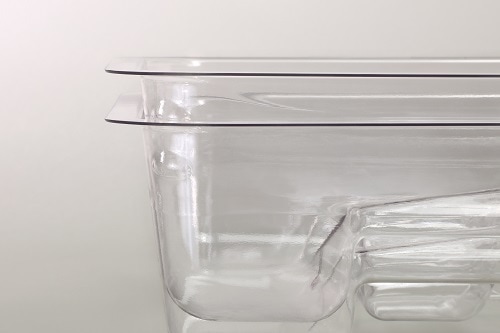